While it’s impossible to fix all bugs in a game with so many interaction combinations, I’m definitely aiming to rid of the core ones. Last patch did a job of that, but there are still some repeated ones out there.

The highly-requested logs preset feat is now here! You can change yours in settings:

Allow the user to create and edit their own personal log preset. 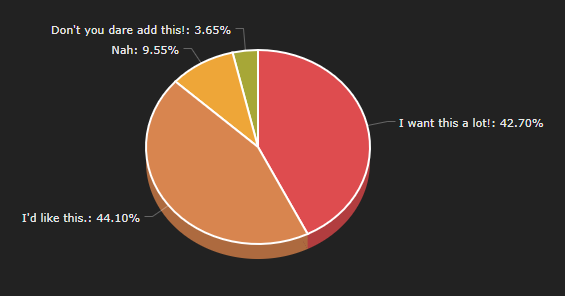 ^ Note: Since this screenshot, a Default Layout button has been added.

It may have taken a while from when it was first suggested, but hoo boy is that a great feature and I’m glad it’s finally here!

But much like with the private notes, we should strive to do everything we can to improve player comfort and make it so you don’t need to have other programs open to be successful at the game.

Are you clicking on the picture or using arrow keys or…?

I assumed he was using the mouse wheel